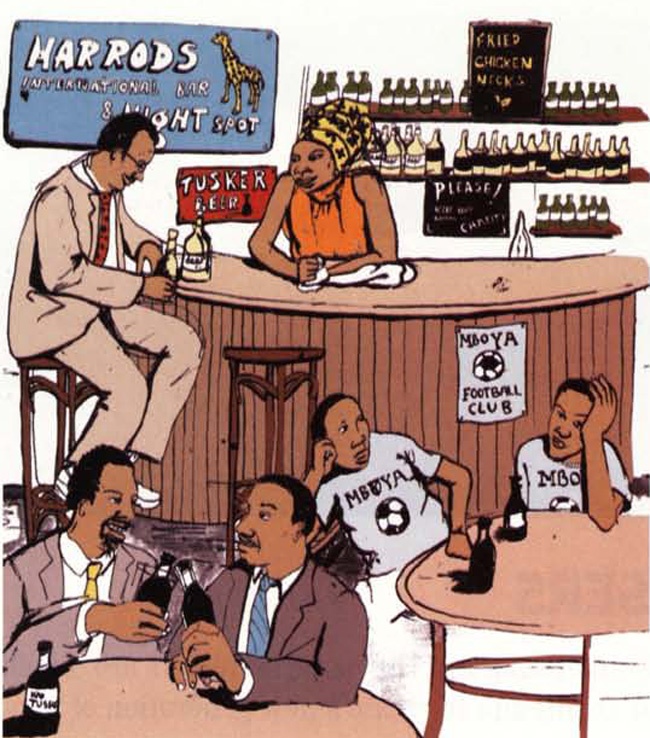 The harsh reality of life in East Africa underpins a comedy about a popular fictional nightspot.

Michael Holman's excellent and witty début novel is set in Kuwisha, a collapsing East African nation that occupies a space in the imagination somewhere between Kenya and Tanzania. Last Orders at Harrods, written by FT's former Africa editor, is thronged with characters whose vitality demands attention.

"Buy this book or we shit in your car." Two African slum boys use a version of this threat &ndash... Read more

If you bought a white wristband in July and seriously believed that a has-been rocker could possi... Read more