An ambitious, fresh-faced aid worker from England on his first visit to Africa has lost his travelling companion; a vintage radio mysteriously disappears; and sugar is being stolen at an alarming rate from Harrods International Bar (and Nightspot), the popular meeting place in Kibera, East Africa’s largest and most vibrant slum. But the troubles of Charity Mupanga, Harrods’s owner, are only just beginning: Kireba’s shanties, along with the bar, will be cleared to make way for low-cost housing funded by Western aid.

In DIZZY WORMS, the final novel in the satirical Kuwisha trilogy, Michael Holman draws an affectionate portrait of a region beset by the machinations of local politicians and the attentions of diplomats, foreign donors, aid workers, and journalists. Will Charity, social entrepreneur and surrogate mother to an army of street children, survive so many good intentions? Or will her courage, ingenuity and good humour give her the strength to triumph in the end. 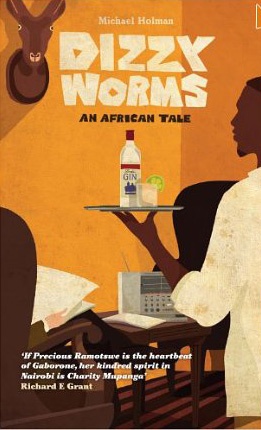 'This wickedly satirical novel is also a serious critique of Africa's troubled state.'
- The Guardian

'This is the final novel in the satirical Kuwisha trilogy. For those new to Michael Holman, if you’re a fan of Alexander McCall Smith then this is likely to be right up your street. Full of the sights and sounds of East Africa and written in a most engaging style, Dizzy Worms is an affectionate portrait of a troubled region where local politicians, western diplomats, foreign donors, journalists all come together in a lively and entertaining story but it is also a more serious comment on a troubled part of the world.'
- LoveReading

Fatboy and the Dancing Ladies

Affectionate, funny and sharply observant, FATBOY AND THE DANCING LADIES is a satirical tale of E... Read more