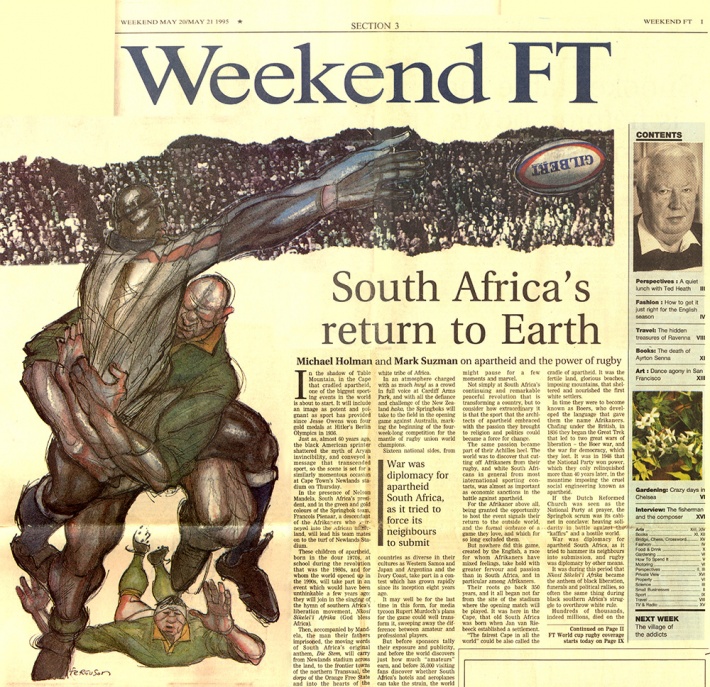 In the shadow of Table Mountain, in the Cape that cradled apartheid, one of the biggest sporting events in the world is about to start. It will include an image as potent and poignant as sport has provided since Jesse Owens won four gold medals at Hitler's Berlin Olympics in 1936.

Just as, almost 60 years ago, the black American sprinter shattered the myth of Aryan invincibility, and conveyed a message that transcended sport, so the scene is set for a similarly momentous occasion at Cape Town's Newlands stadium on Thursday.

Nelson Mandela emerged with tantalising slowness. For the first time in 27 years the outside wor... Read more